The last concert in the TD Concerts For the Pier took place last night at East Beach in White Rock. Thousands of people showed up to the last in a series of free concerts at the beach, designed to raise money and awareness for the White Rock Pier reconstruction project. The concerts were a joint effort by the White Rock BIA and the City of White Rock. Rock.It Boy Entertainment and Blue Frog Studios programmed the annual event. The opening act, Fionn, is a group fronted by twin girls from White Rock who are making quite a stir in the music business and was a great warm up for the main event. As the sun was setting, Crash Test Dummies rocked the crowd with all their hits including the Superman song. It was a great Summer night, and a wonderful final performance in front of the largest crowd of the year, some estimated to be 5,000. 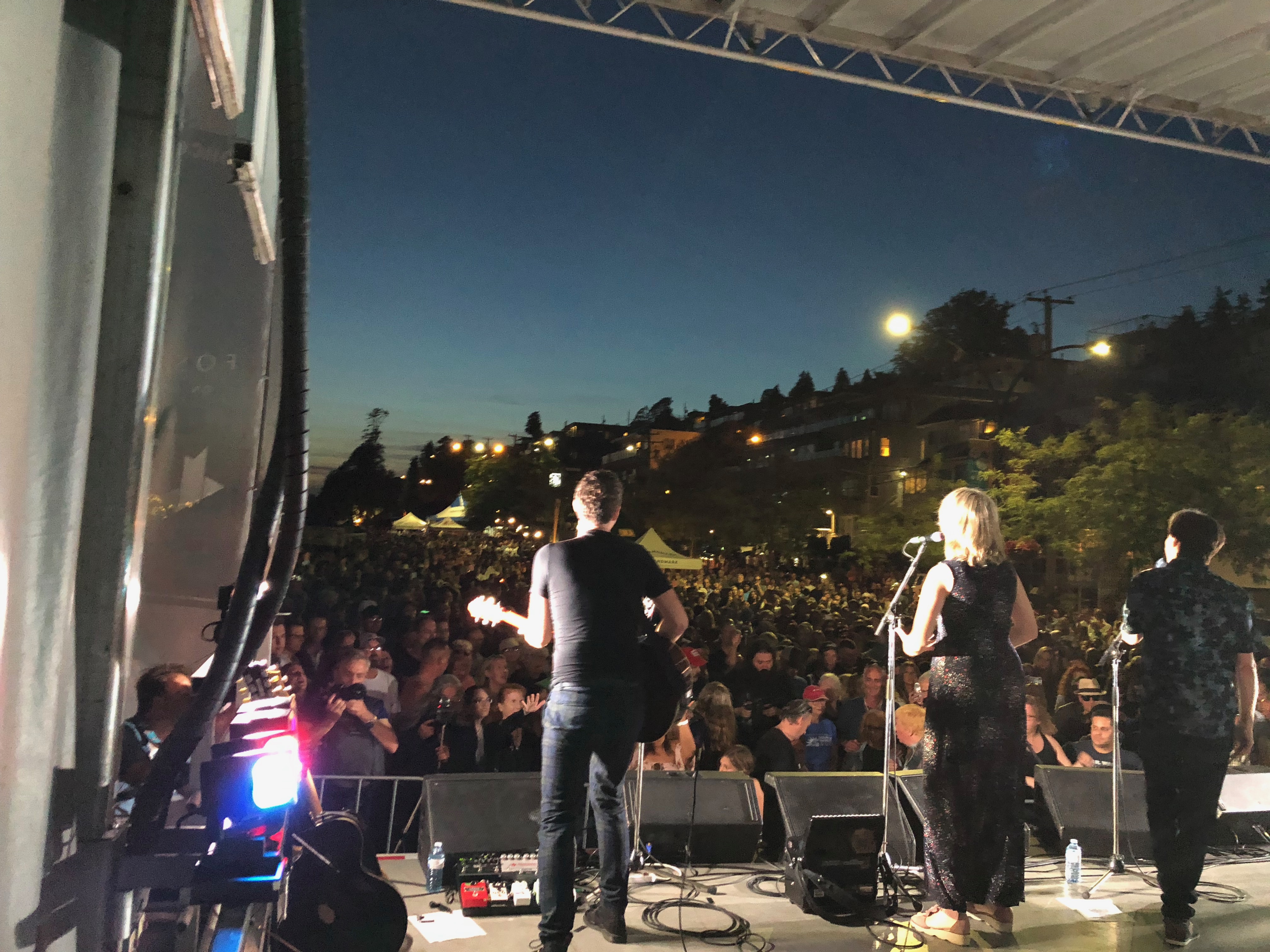