Country artist, Lisa Brokop, kicked off the Christmas season at Blue Frog Studios in White Rock last night. It was a wonderful mix of some of her own compositions and Christmas classics. The Surrey B.C. native, moved to Nashville 25 years ago, but makes the occasional visit to her home town every few years, and thankfully made Blue Frog one of her stops on her Christmas tour. Lisa first started performing at the age of 7, by 12 she was a singer in a band, at 15 she was touring the country, and at 17 she released her first single that reached the top ten of the Canadian RPM Country chart. Last night’s shows featured a sing a long segment, and also a wonderful a cappella version of Ave Maria that brought the house down. It was a great way to start a string of Christmas concerts at Blue Frog. 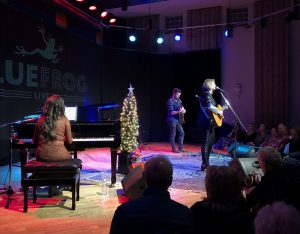 It was Crystal Shawanda night tonight at Blue Frog Studios in White Rock, British Columbia, Canada. The multi award winning singer/songwriter put on a great show to not only the Blue Frog audience, but streaming live around the world on the world wide web. Backed by a full band that included her amazing guitar playing husband, Dwayne, Crystal rocked the room with her amazing brand of Blues. With her start in the world of Country music, Crystal has made the transition to the world of Blues, and had the crowd in the palm of her hand all night long. A great show. Touring since June, she said it would be great to get back home. Home now is Nashville, after growing up in Ontario.
Don’t miss the chance to see Crystal if she comes to a venue near you. 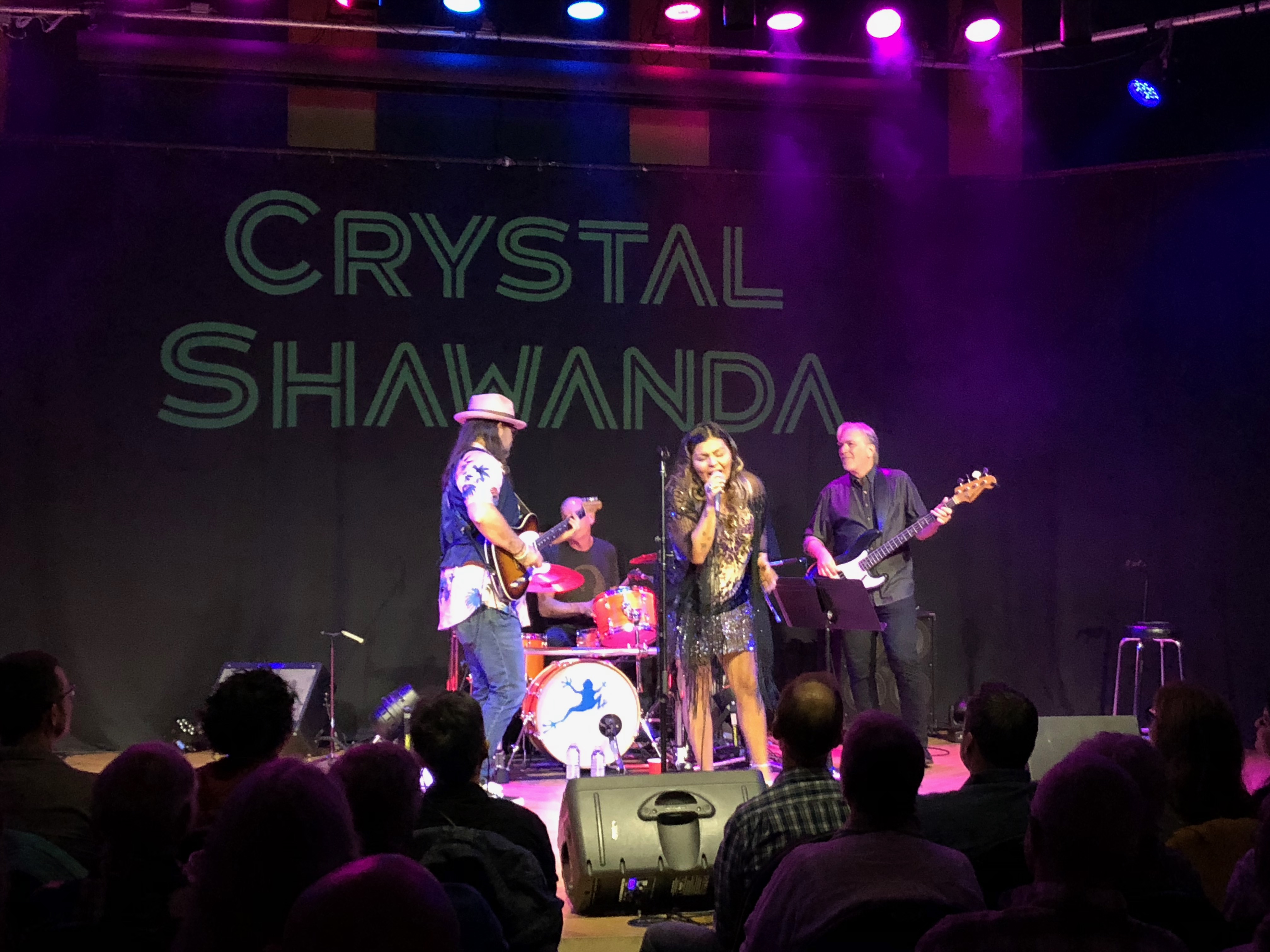