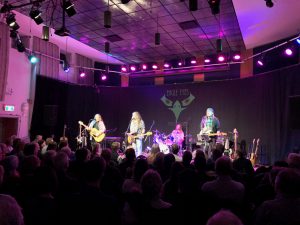 8 sold out shows out of 8 at Blue Frog Studios for Eagle Eyes! An Eagles tribute band from Vancouver Island packed Blue Frog Studios in White Rock British Columbia Canada this past weekend. Well, the weekend started on Thursday for this group. 2 shows, Thursday, Friday, Saturday and Sunday! Jason Dunajski, Jack Gunderson and Ray Harvey just keep getting better, and with the addition of drummer Ken Ermter, they really put it over the top! Their harmonies are amazing, and true Eagle fans were totally blown away by their versions of the Eagles’ hits. Can’t wait for the Eagle Eyes return visit to Blue Frog. And, if you’re in the area of Youbou, on the north shore of Cowichan Lake, Vancouver Island, that’s where you can catch them for an amazing New Year’s Eve party! Merry Christmas, Eagle Eyes!! 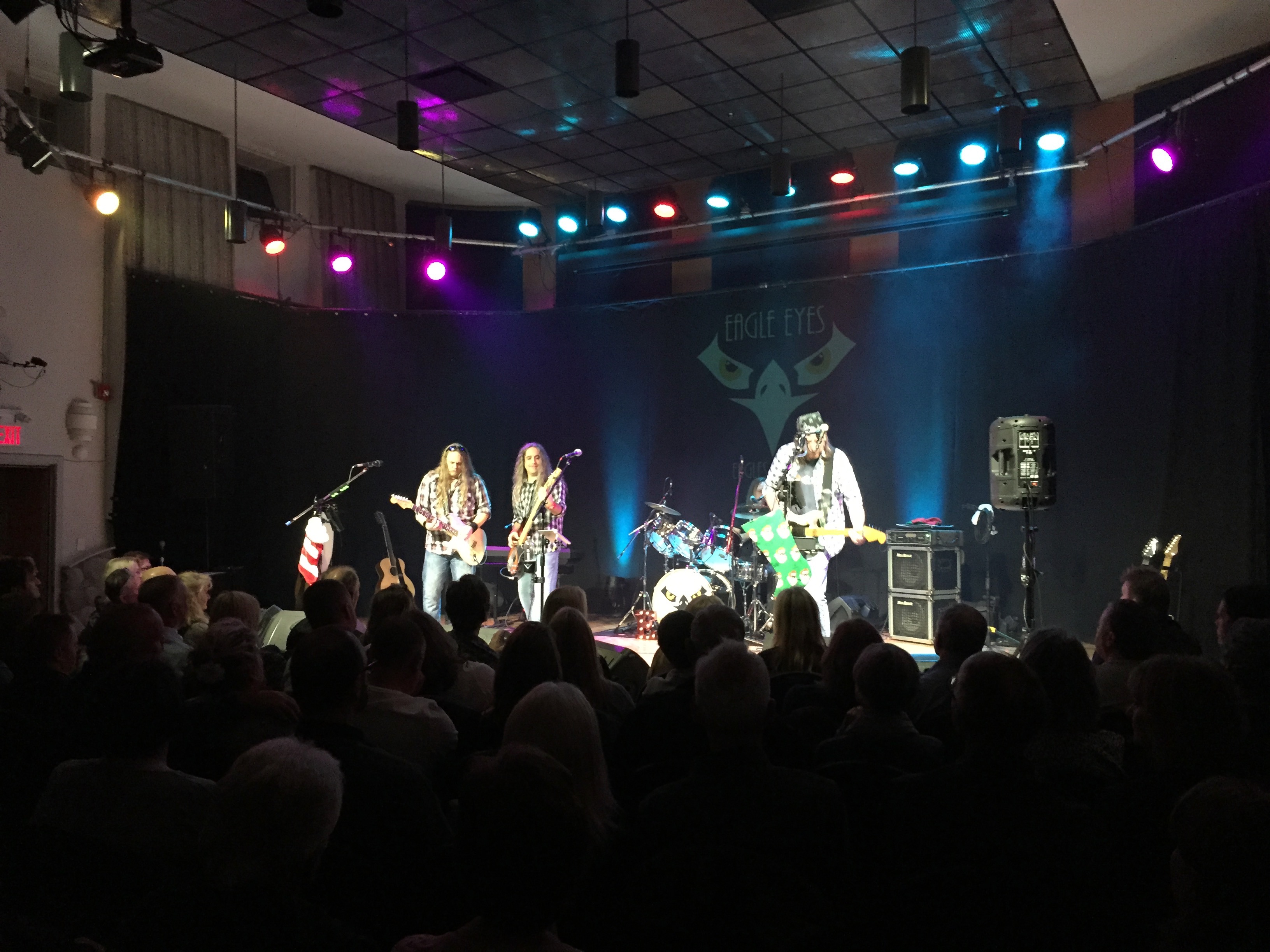 A crowd favourite took to the stage of the Blue Frog tonight, in White Rock, British Columbia, Canada. Two sold out shows tonight, two more tomorrow and two on Saturday. Six sold out shows for the Tribute band Eagle Eyes. All the big hits of the Eagles performed by a band that has over 120 years of combined experience as professional touring musicians. Jason Dunajski, guitar, Jack Gunderson, Bass, Ray Harvey, guitar and Greg Murray on drums, had the crowd on its feet. One of the audience members said to me “it was the best Tribute Band I’ve ever seen, and I’ve seen a lot of them.” They’ve nailed the Eagles sound, and the audience was singing along, all night long. The Blue Frog is going to LiveStream Saturday’s 7:00 show, and if you’d like to join in, go to BlueFrogStudios.ca and click on Live Streaming. 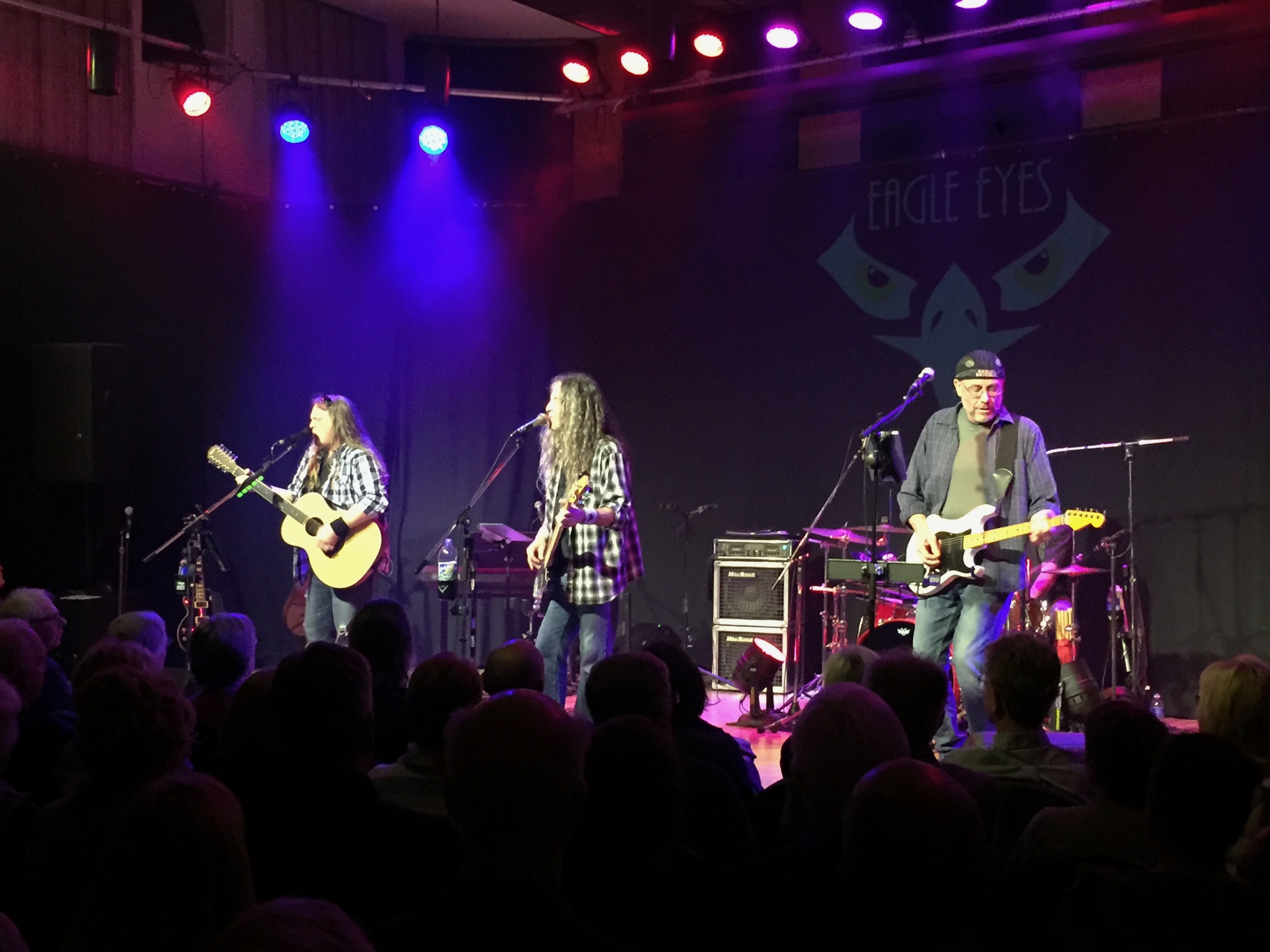 “Eagle Eyes” hit the stage at the Blue Frog Studios in White Rock, and played to 2 sold out houses last night, and there are 2 more sold out shows tonight.  What a great tribute to the music of the Eagles!  The band consists of Jack Gunderson on Bass and Vocals, Jason Dunajski guitar and vocals, Greg Murray on drums and vocals and Ray Harvey, guitar and vocals, and featured on a blistering spotlight on Joe Walsh.  The harmonies were right-on and the set selection had them dancing in the aisles.  a great night of Music! 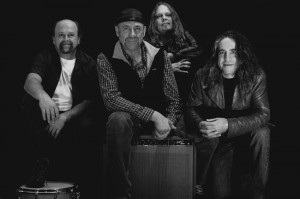