The Van Morrison Songbook is extensive, and Bruce Coughlan and company picked the best of the best last night at Blue Frog Studios in White Rock. Bruce Coughlan, lead vocalist and on guitar, is an award-winning singer/songwriter with a history of his own, takes the lead in this tribute to the music of Van Morrison, and doesn’t disappoint! Known for his work with groups like, Bare Facts, The Hightops and Tiller’s Folly, Bruce doesn’t deny the inspiration Van Morrison has been in his own musical journey.
And he’s backed by an impressive list of musicians. Laurence Knight: bass & vocals, toured with Bruce and has been a long time member of Tiller’s Folly. Adam Rohrlick on guitar and keys, Karen Graves on sax, flute and vocals, Kyle Axeford: trumpet, guitar & vocals and ​Greg Stuart on drums & vocals round out the band. If the 2 sold out shows last night are any indication, we’re in for an amazing weekend at Blue Frog. The audience just couldn’t get enough..Van! 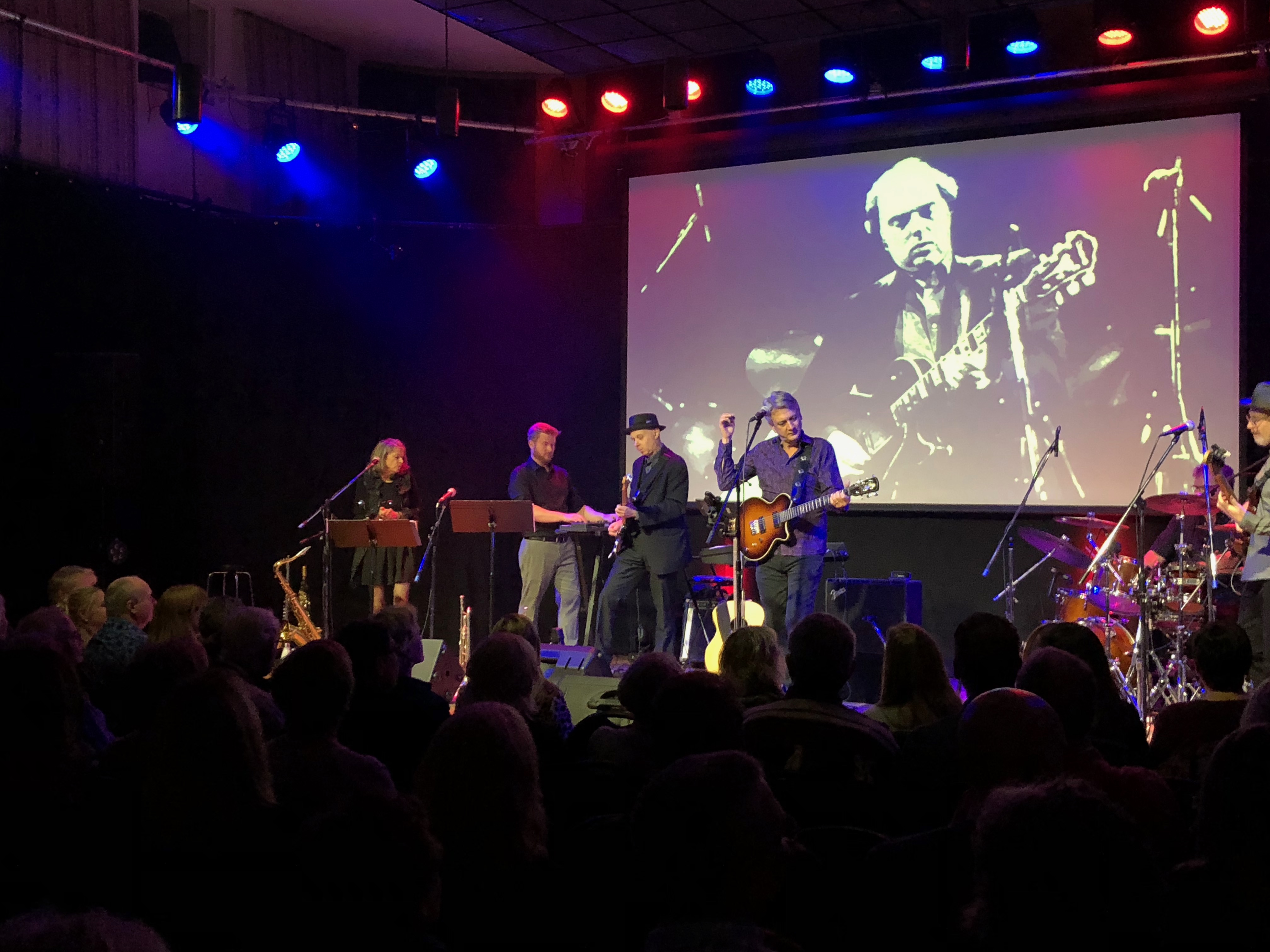