It was another 2 sold out shows for Alfie Zappacosta tonight at Blue Frog Studios in White Rock British Columbia Canada. The second show was streaming live around the world. Alfie was backed by some of the best musicians in the land. Tom Keenlyside on Sax and Flute, Steve Soucy on Keyboards, Kerry Galloway on Bass and Phil Robertson on Drums. He played all his hits, including Overload, that was featured on the Dirty Dancing soundtrack, one of the biggest selling soundtracks of the 80’s. The sold out crowds also sang along to the chorus of Alfie’s version of the Billy Paul hit, Me and Mrs. Jones. Mike Reno, of Loverboy fame was spotted in the audience enjoying the show and spent some time after the show, catching up with Alfie. It was a great night of music as only Alfie Zappacosta can deliver. 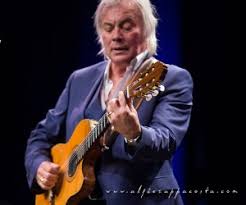