You never know who you’re going to run into at the Blue Frog Studios in White Rock British Columbia, Canada! At last night’s tribute to Stevie Ray Vaughan, Susan Jacks was spotted sitting at the back of the studio enjoying the show. Susan, who has just recently recovered from life threatening illness, was looking great! She had a number of medical problems that at one point left her in a coma! But she’s back on her feet and getting ready to record another album. You remember Susan from her Poppy Family days, and then later, as a solo artist.
Great to see her full of energy, and ready to resume her singing career.

It was Stevie Ray Vaughan night at the Blue Frog in White Rock British Columbia Canada! Russell Earl Marsland paid tribute to the late Bluesman last night, something not many guitarists are talented enough to pull off, but Russell treated the faithful to 2 nights, 4 sold out shows of spectacular SRV. Backed by an outstanding band, Marsland gave an outstanding performance, and once again the Blue Frog crowd went home happy. All the hits and more! Russell Marsland is the co-founder of the legendary R&B All Stars band and had the opportunity to meet SRV. It was a power packed Blues show that showcased the talents of not only Marsland, but also the members of the amazing backup band. A great night! 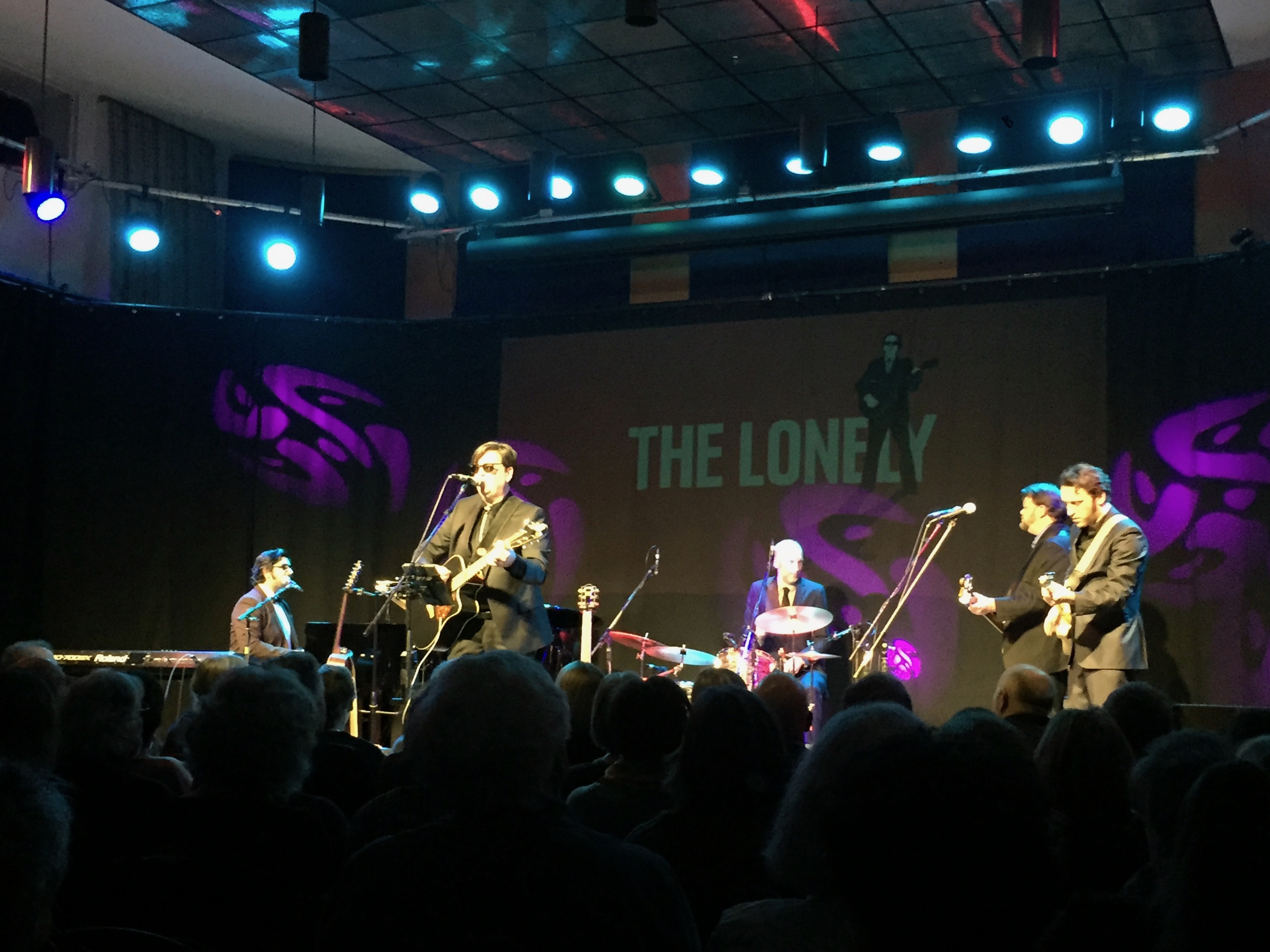 Now that was a Saturday night to remember. The Blue Frog Studios in White Rock British Columbia Canada played host to Zimmerman. Zimmerman is a band that pays tribute to the music of Robert Zimmerman, more commonly known as Bob Dylan. But as leader, Dr. Lindsay Mitchell (Seeds of Time, PRISM), said, “It isn’t a tribute band in the conventional sense. None of us are dressing up and pretending to be Bob. We’re just 6 seasoned professionals playing Dylan songs, with honesty, enthusiasm and respect.” The other band members are, Jim Foster (Fosterchild), Willie MacCalder (Powder Blues), Pete Sweetzir (Fosterchild, Long John Baldry), Leroy Stephens (Cement City Cowboys, Blue Northern), and Leonard Saidman (Sons of Adam). Put that much talent on the Blue Frog stage, and combine it with the music of Bob Dylan, and it’s a guaranteed winner! 2 shows tonight, and both packed houses went home happy. It was quite a night. Zimmerman is one group to put on your list of must sees for this new year. Thanks gentlemen, for a power packed evening of live music! And once again, thank you Kelly and Juanita at the Blue Frog for providing the perfect venue. 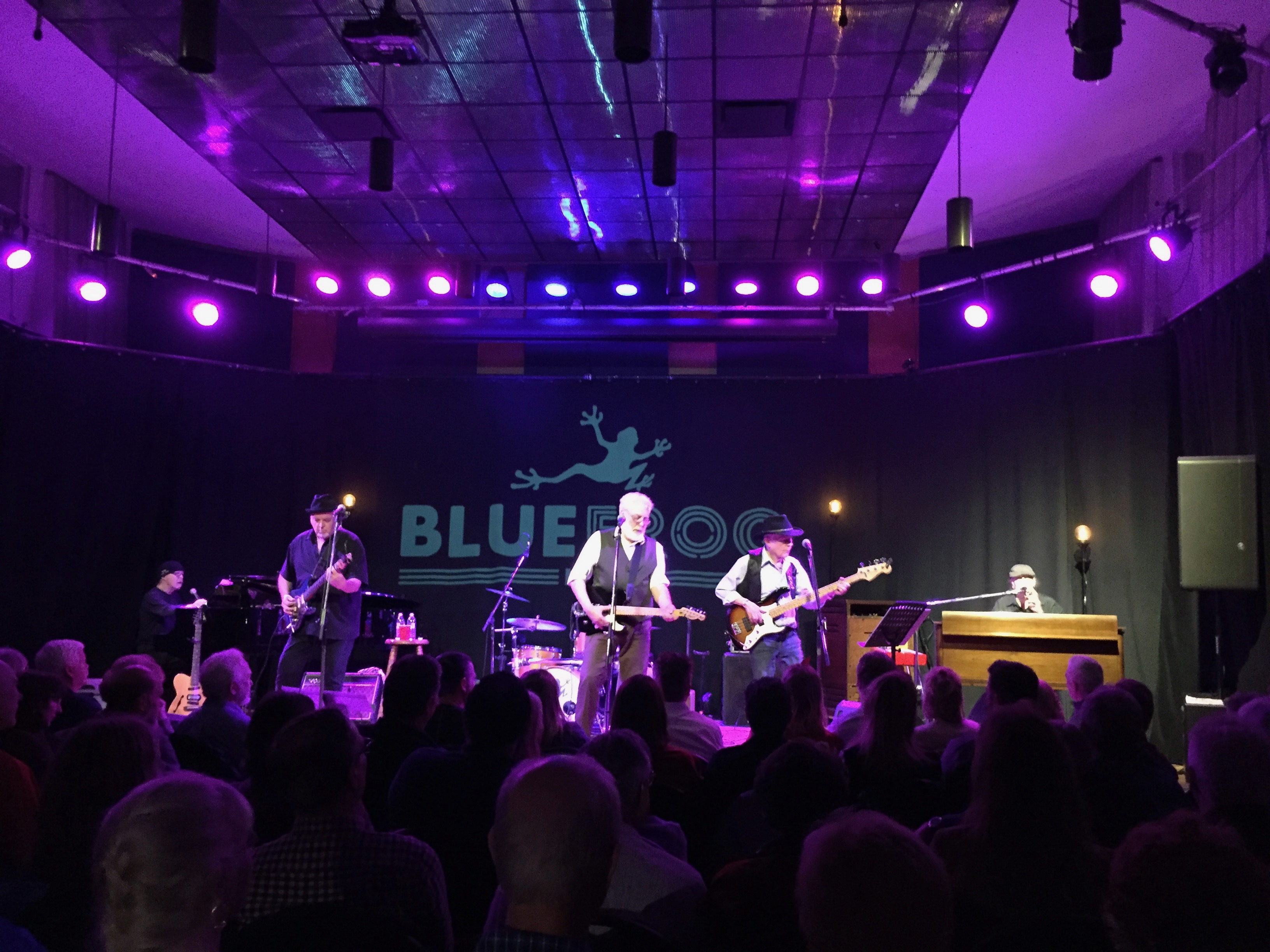 Well, how time flies! It’s been 2 years since Mike Demers and The Lonely took to the stage at the Blue Frog Studios in White Rock British Columbia. The Lonely, is a tribute to the late Roy Orbison. After extensive touring, The Lonely once again sold out 2 nights, 4 shows at the Blue Frog. It’s a great show featuring all of the Orbison hits, including some from the Travelling Wilburys phase of his life. This year, Mike was given one of the first copies of a coffee table book on the life of Roy Orbison. It was given to him by the Orbison family, and Mike is taking it to all his shows, and giving audience members a chance to write their remembrances in the book. He’ll then return the book for the Orbison family to see. What a great honour for Mike and the band to be held in such high regard by the Orbisons. The Lonely is headed for Ontario for a number of shows, so if they’re in your area, make sure you take in the show, and add your name to the book. Tonight is night 2 of the Lonely, the first show at 7:00 PST will be streaming live on the Blue Frog Facebook page. Enjoy!