Hard to believe, but it was 50 years ago that 9 school friends took off on a trip of a lifetime. Vancouver to Montreal, to experience Expo 67 and celebrate the nation’s 100th birthday. We bought an old school bus, took out the seats, and installed bunk beds and a small kitchen nook. The bus was painted red and white, with red maple leaves on the white stripes. It was quite a travelling party that made stops all across Canada, with the return trip across the northern United States. There are 8 of us still living, and tonight we are getting together for a reunion. We’ll go over some old photos, a scrap book, and try and remember stories from the trip! 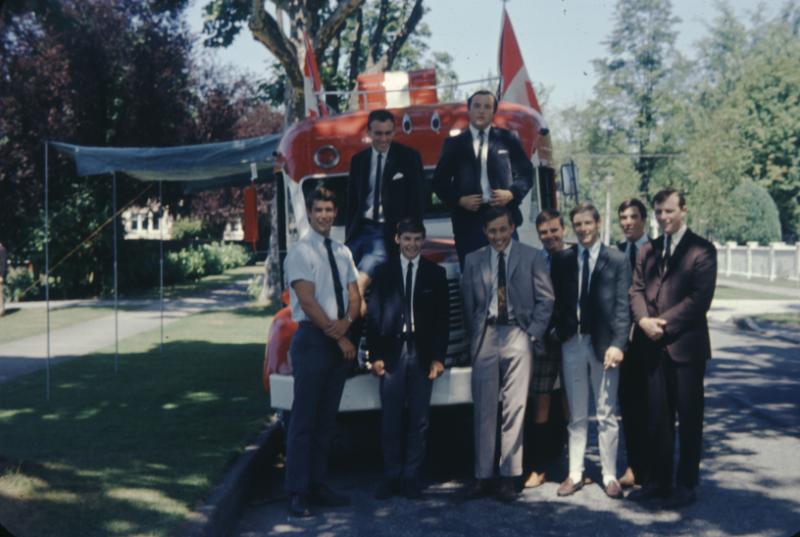 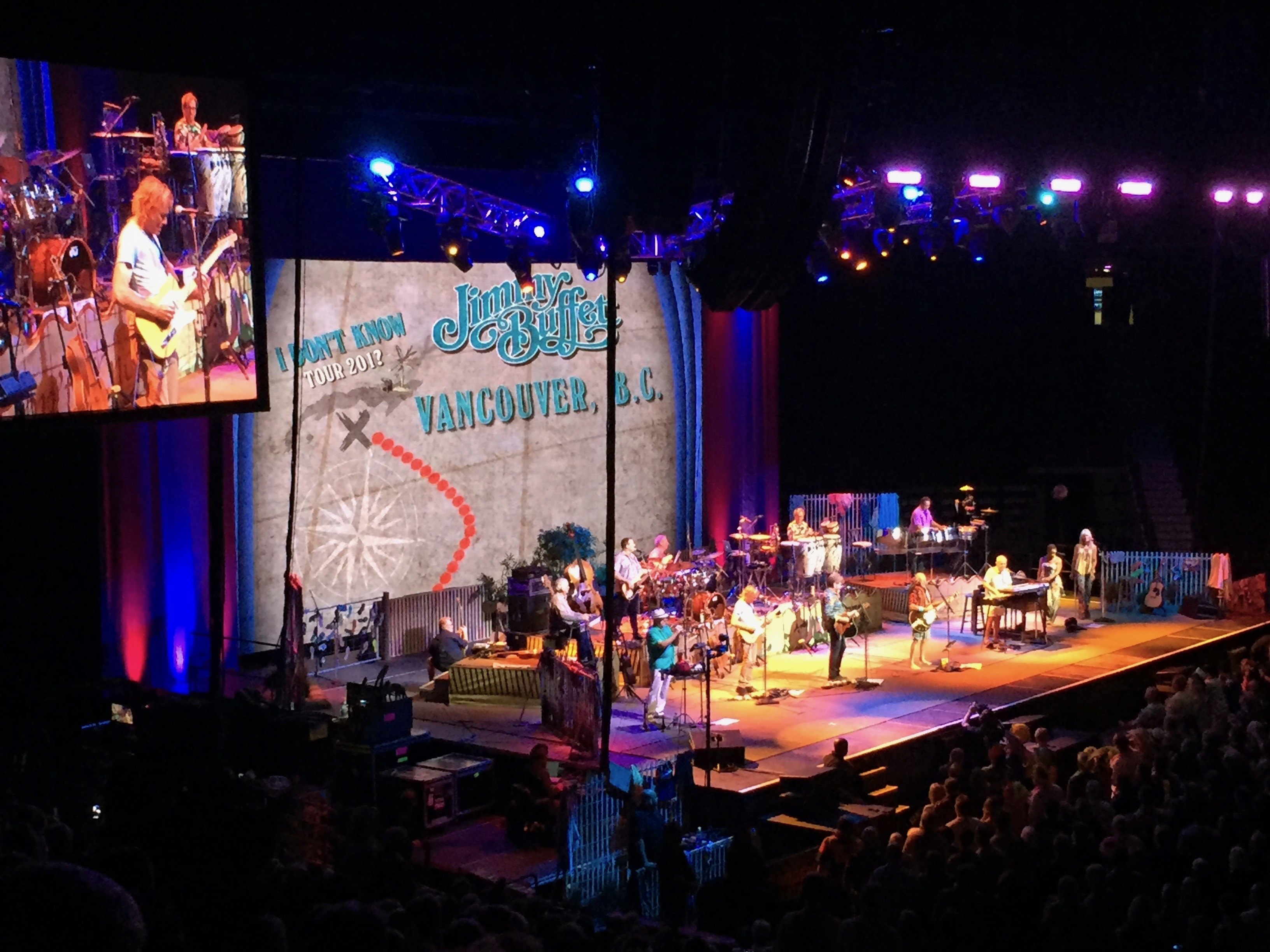 The Parrot Head faithful came out in droves to hear the songs you know by heart. Vancouver was one of the final stops on his “I Don’t Know 201?” tour. He played a lot of his old hits, sprinkled with some newer material, paid tribute to old friend, the late Tom Petty, and had a surprise guest. Sarah McLachlan joined Jimmy for a couple of songs!
The Parrot Heads came out in droves all festooned with tropical shirts and headgear. What a great night! It’s been over 20 years since Jimmy has been to Vancouver, and he vowed to return!

It was a proud moment for the whole family, yesterday, as oldest Granddaughter Lily received the Bronze medal for Bravery from her Honour, the Honourable Judith Guichon, the Lieutenant Governor of British Columbia. Lily and 2 of her friends received the medal that is given to “someone who has shown extraordinary disregard for personal safety in saving or attempting to save a life.” This summer, Lily and her friends saved 2 people from drowning off the shore of Crescent Beach. All of the girls had completed a life saving course at the Crescent Beach Swim Club, and put what they learned to use! Here’s a photo of the 3 girls, being awarded the medal by the Lieutenant Governor. The awards are presented annually by the Royal Canadian Humane Association, that was established in 1894 by Queen Victoria.

My daughter Chelsea was the big winner in Toronto September 28th. She took the honours at Canada’s unique, annual, fashion fund-and-awareness raiser for breast cancer research, The White Cashmere Collection.™ More than 150 students from 11 fashion design schools across Canada took part in the competition. They were challenged to designing Bathroom Tissue Couture reflecting true Canadian style, honouring Canada’s 150th birthday, with Cashmere Bathroom Tissue. Chelsea’s creation, a winter coat, paying homage to the classic Hudson’s Bay 4 point coat, was made with no fewer than 9,689 tubular beads—actually tiny hand-rolled strips of Cashmere bathroom tissue sealed with clear tape gave the shimmery herringbone effect of Chelsea Cox’s update on the iconic Hudson’s Bay coat. The beads were hand sewn, and took weeks and weeks to create. The only colour that could be used in the competition was pink, honouring breast cancer awareness.
A four thousand dollar bursary was awarded to the winner, two thousand for second place, and 1 thousand for third. Here’s a photo of a model wearing the winning creation , with Chelsea alongside. 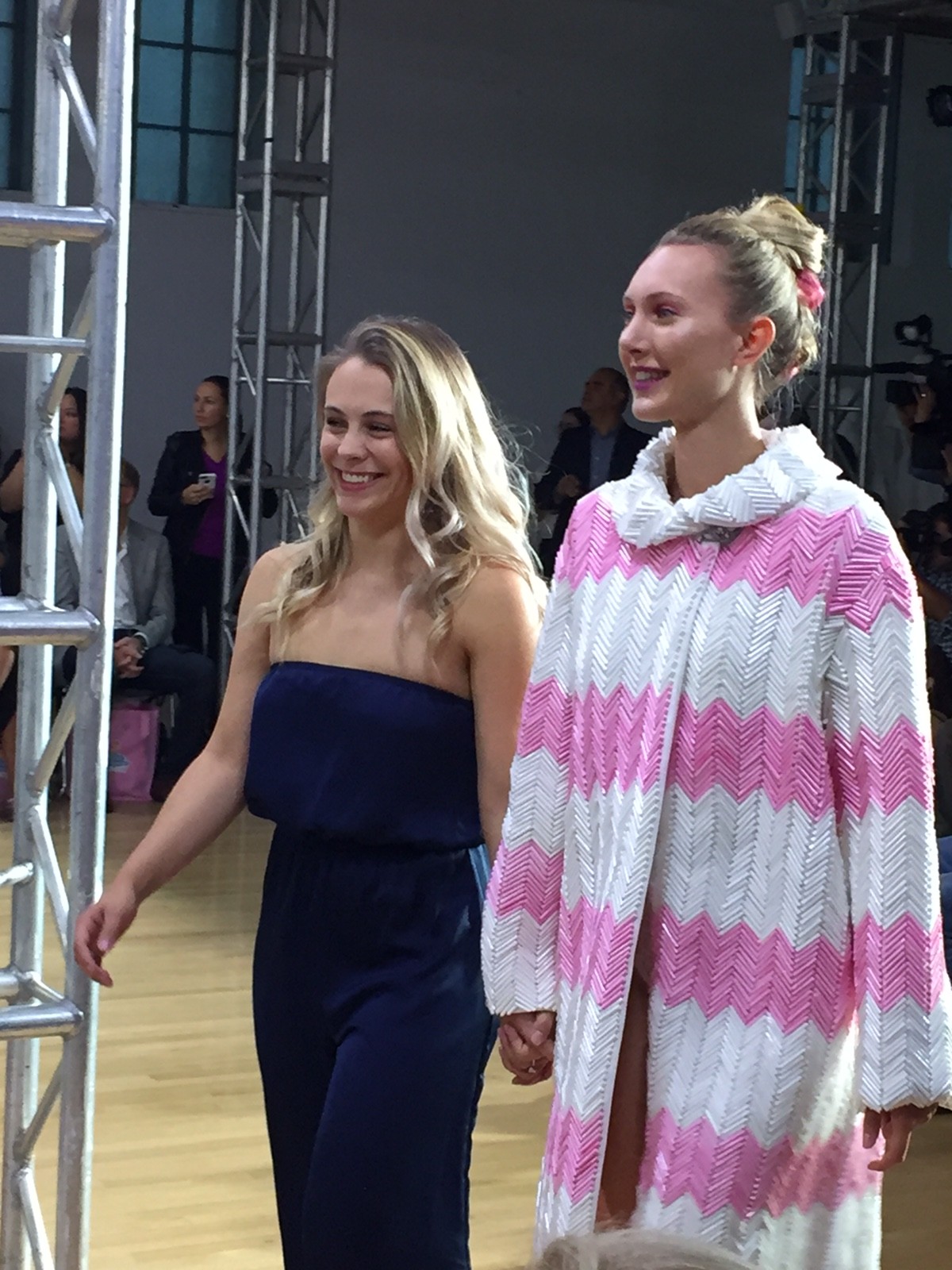